Opposite of the Baba House, that's the one of the famous Puri Hotel at Malacca. (Why I say famous?! Because I failed to book it twice already....).

This hotel also have the similar design like The Baba House. It's the Baba-Nyonya Design.

After the Reception Area

Nice decoration especially the design below the wooden windows

I noticed that are few sorrows flying around

The hotel occupied three units of the colonial building, you will see this open air garden on your right.

The rooms at the first floor....

Open Air Garden Cafe on the left of the lobby. You can relax yourself here with a mug of beer in your hand! :)

Room rate : MYR214.00 nett for Superior Deluxe (2 person), including breakfast for 2. Wireless Broadband provided. Hmm....more expensive than The Baba House, but the environment also different.
You can check the latest rate here.


MY TRIPS - Home
Read the rest of this entry »

I took the chance to snap some photos of it. And also the hotel details as below....

The Reception of the Hotel

Antique chair from the hotel

I did check the rate of the room : Deluxe Double for MYR138.00 nett during peak season (Price included breakfast for two). For other room rates, please click here.
I feel it's quite reasonable because it's located at the tourist area. We decided to try it next trip to Malacca!

* If you are driving, the car parking is located at the back of the Hotel.


MY TRIPS - Home
Read the rest of this entry »

After the trip of D-Paradise Tropical Fruit World, we continued our journey to Malacca town for dinner. We decided to visit the Nyonya Suan Restaurant again after a year. You can read our last visit here. 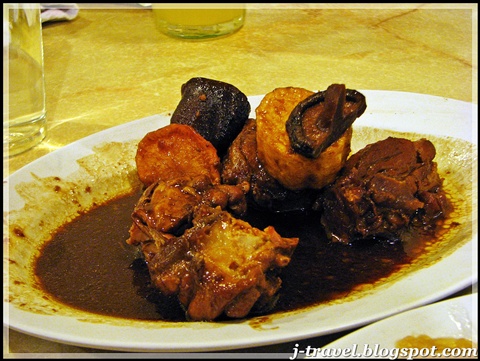 Chicken Pongteh - a chicken stew cooked with tauchu or salted soy beans and gula melaka. It is saltish-sweet and can be substituted as a soup dish in Peranakan crusine 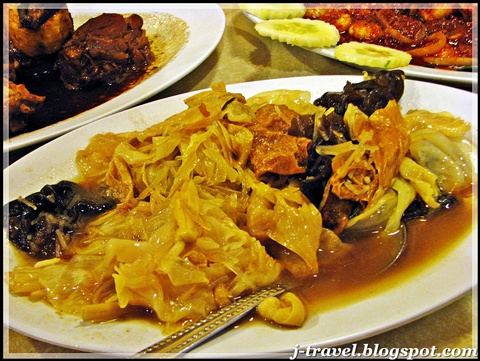 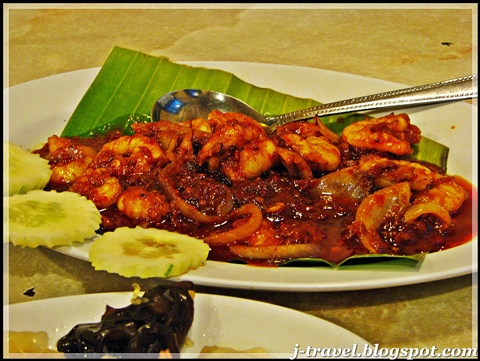 Squid cooked with Sambal
The foods standard were maintain very well and we really enjoyed our dinner and the cozy environment! 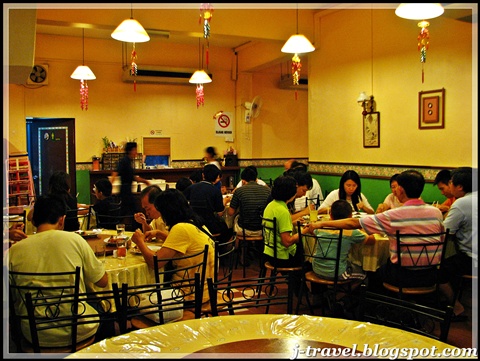 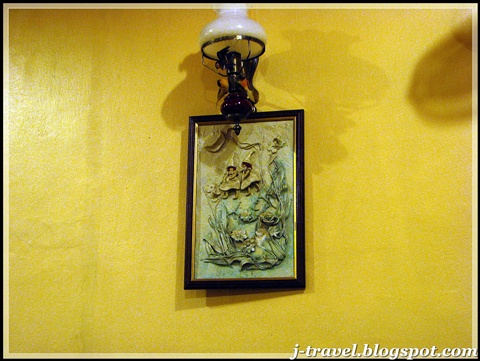 One of the decoration of the restaurant
The total damages were reasonable and less than MYR40.00 for 2 adults and one child.

MY TRIPS - Home
Read the rest of this entry »

Today we’ve seen so many cash advance or payday loan websites offering their services over the internet. Although they pretty much the same, doing the same business in the cash advance or payday loans world, each of them offering and stated their own beneficial claims. Yes they all more likely to claim that they can deliver your cash over night right in your bank accounts once you’ve been approved. Or is it so? Well some of them maybe do, but often the applicators have to wait a little longer to get their cash advance loans than just overnight.

If you’re not sure what to do or where to get your overnight loans be delivered, while in other hand you need your cash loan fast, then I might can recommend you with a great overnight cash advanced or payday loan lender. Just click on any link that I provided here to get you to there. They can provide you with great overnight cash advance with up to $100-$2,500 fast cash loans, save NFS charges, no credit check, and no fax needed. The requirements are easy, they usually only required that you’re above 18 years of age, currently employed or have a verifiable income, and have active bank accounts. If you meet all the above requirements you have a great chance to be approved by the lender. Try this for 15 second to see if it’s work.
Read the rest of this entry »

Sometimes in our daily lives we can avoid certain circumstances of short in cash. Now I’m not going to tell you how’s that happened, I’m sure you knew much better than I do; but I’m not sure how you going to handle it. Perhaps you have a sudden need of money to pay your medical bills, or repairing your car, planning a vacation, or any other needs. Either way you need money on that, and if you’re currently in short then the most reasonable solution is to get a loan. But what if you’re in a hurry and need some cash fast? Banks won’t be fast enough to catch up your needs. They need to consider your entire qualifications in giving you loans or credits.

But let me tell you an easy way to get an easy cash loan fast. It’s called the cash advance or other used to say payday loans. Cash advance is a Short term loans which will provide the needed cash to meet immediate short-term cash flow problems. However they’re not a solution for longer term financial problems for which other kinds of financing (such as credit cards, an overdraft loan or a loan from friends or family); may be more appropriate and affordable. But it may come in handy if you should need cash fast. And you can get your cash advance loans as easy as 1-2-3. First you need to fill-out the no fax online application or apply over the telephone, then submit your cash advance loan application online, and last their customer care rep will call you to double check your funding arrangements. If you meet all of the requirements and approved then your cash will be deposited overnight in your bank or credit union account. It’s as easy as 1-2-3!
Read the rest of this entry »

This year the World JOTA was held at the Datatran Johor Bahru (a.k.a. Johore Bahru City Square) which is located beside the General Hospital & opposite of Hyatt Regency Hotel. The station callsign : 9M1CSJ

The event started on 17th OCT 2008 and end on 19th OCT 2008, total of 3 days and it was the second time held at Johor Bahru. You can visit the First Johore Bahru JOTA here. This time the event being supported by many others societies and communities, SKMM (formerly known as MCMC) was one of it. Commercial tents, food and drinks were provided during the events.

The World Scout Jamboree (French: Jamboree Scout Mondial) is a Scoutingjamboree of the World Organization of the Scout Movement, typically attended by several tens of thousands of Scouts from around the world, aged 14 to 17.

The first World Scout Jamboree was organized by The Boy Scout Association in London. With exceptions for the war years, it has been organized approximately every four years, in the more recent years by the World Organization of the Scout Movement (WOSM), in different locations over the world. The 21st World Scout Jamboree in 2007 was held in Hylands Park, Essex, United Kingdom, and celebrated the Centenary of Scouting. For more information, please click here.

On the first day, all the helpful HAM members were there to setting up the antennas and the equipments. Yes, a lot of fun during the process....

Discussion within 9W2JOC and gang

As usual, the VHF and HF stations were setup, and this is the first time the Satellite Communication Station was setup also to communicate with ISS (International Space Station). And it's also the first time we put up a Helium Balloon (a.k.a. Hot Air Balloon) to setup the G5RV Dipole Antenna as Inverted-V resonant.

"The G5RV antenna, with its special feeder arrangement, is a multi-band center-fed antenna capable of efficient operation on all HF bands from 3.5 to 28 MHz. Its dimensions are specifically designed so it can be installed in areas of limited space, but which can accommodate a reasonably straight run of 102 ft for the flat-top."

The balloon and the G5RV in the small picture

Pictures above & below shows - The "Rise" of the Ballon

Second day was great with many visitors, Scouts and Girl Guides. Fellow HAMs were there for support and help....
The event was officially open by the VIP - 9M2TJO around 3pm.

Johor Bahru on The Air - The slogan

The HAMs relax before the Scouts arrive.....9W2ALM with cap

9W2BDX & 9W2JJR guiding the scouts for radio communications
(pictures above & below)

That was also the time 9W2JOH with fellows setting the Satellite Tracking System.

The Controller and the GS-232A Computer Interface

9W2JOH - Feroz during the setup

The YAESU G-5500 SATELLITE AZIMUTH/ELEVATION ROTOR come with the controller to lets you keep track of all aspects of the antenna system's positioning. The rotor rotate at max. 450° for azimuth and 180° for elevation.
The GS-232A Computer Controlled Interface package with the NOVA satellite tracking software which contains many powerful features for not only pointing antennas but also display options that are invaluable to instructing orbital fundamentals.

That was about close to 4:40pm local time, everyone were anxiously waiting for the ISS passing by on top of us.....

As you can see the "Communication Cyborg" standing on the left

The Satellite Tracker will park at the direction of south, and it will start to track the position of the ISS 3 minutes before the vision and follow it in 7 minutes then after the ISS out of vision, it will go back to the 'park' position. 9W2BUG holding the mic and CQ!
The respond was good with 107 participants of Scouts & G. Guides (7 from Singapore Rovers) and 50 visitors. And 25 of station master to help and make the event happen!

Singapore Rovers
Some others pictures for sharing......

The Communication Cyborg - Main Attraction Of the Day

There were 10 total contacts collected from other country through HF and total of 5 QSL card from SSTV.

The event was end with Thunder Storm and heavy rain on the last day evening.
(Thanks and see you guys next year again!)
Related post :-
* JOTA - Asia Pacific Region 2008, Johor Bahru
* JOTA 2007 at Johor Bahru