The Island of Hawaii, known popularly as “the Big Island”, is also called “the Orchid Isle”, a name that is no less appropriate. The Big Island is almost twice the size of the other islands combined. Over 4,000 square miles in area with over 260 miles of coastline, the Big Island has a brutish look to it. On its western and southern edges, which are dry (leeward), you will see dark lava or dark brown lava rocks just about everywhere. On the northeast coast (windward), which is wet, there is significant vegetation with rain forest predominating. The southeastern area of the island is covered with relatively recent lava flows.
The Big Island is a great destination for those interested in rest, relaxation, getting some sun and cavorting on the beach. In addition, it offers one of the best volcano shows in the world.

If you are an explorer determined to see every inch of the Big Island, start your visit by spending a few nights on the Kohala Coast. From there you might want to spend a night in Hawaii on the northern tip of the Big Island to get the flavor of Hawaii in the 1950s . Next, plan to stop in Hilo after touring down the Hamakua Coast. Some travelers use Hilo as a base for touring the , although you might want to make a reservation for the extremely limited lodging available nearer the Park. Return to the west coast (presuming you are departing Kona) and stay near Kona to explore the southwest coast.If you want a luxury place to stay, you will find it at the Four Seasons or the Hapuna Beach Prince Hotel. If you are looking for a great family oriented resort with some exotic features, take a look at the Hilton Waikoloa Village. There are a number of excellent resorts along the Kohala Coast. 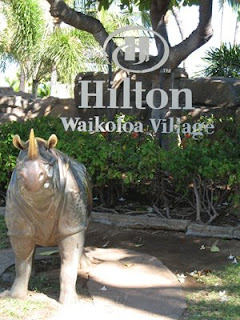 Hilton Waikoloa Village
When To Go

The “rainy” season is December to March. Although storms are more common in winter, it does not seem to change anybody’s travel plans since this period is also the peak tourist season. There is a secondary peak tourist season in summer, when it is both drier and warmer than in winter, but this one reflects school being out and is when most families can stay on the Big Island long enough to make it worth the flight. The lowest prices for rooms are usually found during the “shoulder seasons” of April/May and September/October.
Best Places To Visit
Know about each places in detail by following the link